The SHOCKING Truth About the Koran's VIOLENCE!!! 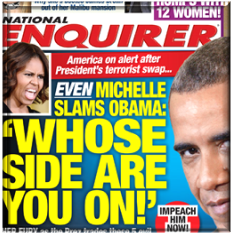 What does Islam teach about violence?

Quran, Hadith and Sira all confirm violent and offensive jihad, history is the witness.

Is the Quran corrupted?

The religion of Christianity
began from the 1st century to the present.

The Quran contains at least 109 verses that call Muslims to war
with non-believers for the sake of Islamic rule. Some are quite graphic, with
commands to chop off heads and fingers and kill infidels wherever they may be
hiding. Muslims who do not join the fight are called 'hypocrites' and warned
that Allah will send them to Hell if they do not join the slaughter.

Quran (2:191-193) -
"And kill them wherever you find them, and turn them out from where they
have turned you out. And Al-Fitnah [disbelief or unrest] is worse than
killing... but if they desist, then lo!
Allah is forgiving and merciful. And fight them until there is no more Fitnah
[disbelief and worshipping of others along with Allah] and worship is for Allah
alone. But if they cease, let there be no transgression except against
Az-Zalimun (the polytheists, and wrong-doers, etc.)" (Translation is from the
Noble Quran) The verse prior to this (190) refers to "fighting for the
cause of Allah those who fight you" leading some to believe that the
entire passage refers to a defensive war in which Muslims are defending their
homes and families. The historical context of this passage is not defensive
warfare, however, since Muhammad and his Muslims had just relocated to Medina
and were not under attack by their Meccan adversaries. In fact, the verses urge
offensive warfare, in that Muslims are to drive Meccans out of their own city
(which they later did). Verse 190 thus means to fight those who offer
resistance to Allah's rule (ie. Muslim conquest). The use of the word
"persecution" by some Muslim translators is disingenuous (the actual
Arabic words for persecution - "idtihad" - and oppression - a
variation of "z-l-m" - do not appear in the verse). The word used
instead, "fitna", can mean disbelief, or the disorder that results
from unbelief or temptation. This is certainly what is meant in this context
since the violence is explicitly commissioned "until religion is for
Allah" - ie. unbelievers desist in their unbelief.

Quran (2:244) -
"Then fight in the cause of Allah, and know that Allah Heareth and knoweth
all things."

Quran (2:216) -
"Fighting is prescribed for you, and ye dislike it. But it is possible
that ye dislike a thing which is good for you, and that ye love a thing which
is bad for you. But Allah knoweth, and ye know not." Not only does this
verse establish that violence can be virtuous, but it also contradicts the myth
that fighting is intended only in self-defense, since the audience was
obviously not under attack at the time. From the Hadith, we know that this
verse was narrated at a time that Muhammad was actually trying to motivate his
people into raiding merchant caravans for loot.

Quran (3:56) - "As
to those who reject faith, I will punish them with terrible agony in this world
and in the Hereafter, nor will they have anyone to help."

Muhammad Rasheed - The "sampling" is disingenuous since all of the violence war verses in the Qur'an are 100% defensive in nature, despite the article's claim that they stand on their own outside of context.

Muhammad Rasheed - What this has to do with the Trump/Iran deal status article I can't even guess...

Mike Milo - Why would anyone make any deals with people who follow such beliefs..that's why..but I'm sure you'll have much to say in their defense Muhammad Rasheed...as does Obama and other Muslims .but it is you right..as is mine..except I'm using verses from the so called holy book..but you can twist it any way you like..

Muhammad Rasheed - The only 'twist' is in the vilified context and misrepresentation of the verses in the link you provided, Milo. The beliefs of Al-Islam from the Qur'an are no less than Believe in the One God of Abraham, do good in this world, reject evil, and repent when you mess up... no different than His revealed scripture to the prophets before Muhammad (peace be upon him).

You've been lied to by these people who've taught you otherwise.

Mike Milo - Show me verses where Jesus says anything even close to those and I'll agree..other than that good luck..trying to get me to believe it..nice try..this infidel is not as ignorant as you'd like..and I will keep reposting actual verses from the Koran...peace be upon you..

Muhammad Rasheed - Your challenge would require me to convert to Christianity, hm? How can you pretend to know what the Qur'an is about, and yet be ignorant of the fact that the One God said the previous versions of the message were corrupted by you two's sloppy guardianship? "Verses" of Jesus' actual words are fictions outside of the Qur'an in my belief system, I'm afraid. But I'll bite... check this out:

Jesus' Words Only or Was Paul the Apostle Jesus Condemns in Revelation 2:2

Muhammad Rasheed - You will find that all works such as this one -- that strip away two millennia of Eurocentric misreadings and over-biased translations -- tend to reveal Al-Islam as the true heir to the teachings of the Christ Jesus, son of Mary. But interestingly it does so not by heavy-handed commentary from the verse compilers, but only by moving the empire of Rome & the so-called "saint" Paul out of the way of the purported words of God's final messenger in the line of the prophet Isaac (peace be upon the prophets of Allah).

Naturally I expect you to sniff and reject these truths out of hand from behind your proudly adorned veil of anti-Islamism. lol

Mike Milo - One again..I ask a simple question..Show me where in the new testament where Jesus the son of God says anything similar to the verses in the Koran..don't waste out time with nonsense like your last post..I gave everyone verses from the Koran..now you give me new testament verses.that are similar...they don't exist..they..Jesus and Mohammed are totally opposite .teachings..writing..life..everything

Mike Milo - Pedal your lies somewhere else..until you can give proof..in writing you are wasting all of our time..and your brothers the jihadists are proving the writings in the Koran to be literal..

Mike Milo - Still searching Mohammed Muhammad Rasheed..look all you want you will never find them...there are true teachings and true prophets and false ones...God does not tell one teacher love thy neighbor..turn thy cheek..love thy enemy..then have the so called final prophet to kill the infidel..give us a break..

See what I mean? There you go right on cue.

Mike Milo wrote: "Show me where in the new testament where Jesus the son of God says anything similar to the verses in the Koran.." 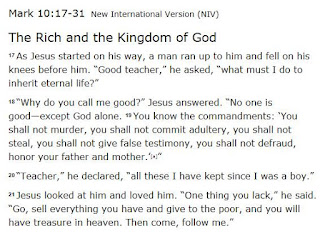 Muhammad Rasheed - He's saying to avoid evil, do good, follow the instructions of the messenger, just like the Qur'an says. #ConfusionFree #StraightAndPlainIsTheWayOfGod #MyGodAndYourGodIsONE

Do you believe you have power over me? lol Adorbs.

Mike Milo wrote: "I gave everyone verses from the Koran.."

Did you? Then why do I find some verses, and a whole lot of disbeliever opinions trying to explain what they mean from a biased point of view? Do you consider you all's opinions part of the verse?

Mike Milo wrote: "now you give me new testament verses.that are similar... they don't exist.."

This is a straw man argument on several levels. God's message to Jesus doesn't exist at all in written form; all you hold are the Christian version of hadith that supposedly chronicle Jesus' life... chronicles that were written after Paul according to your own scholars. So the four gospels weren't even written by the men whose names they bear. To compare the two source texts of our faiths is ridiculous: The Qur'an is composed of the divine revelation from the One God Himself, while the four gospels of the New Testament are composed of partial quotes from Jesus of wildly varying levels of authenticity, and a bunch of Pauline evangelizing story telling. That leaves quite a bit of room for quite a bit of critical material to have been 'left on the cutting room floor" as it were.

Mike Milo wrote: "they..Jesus and Mohammed are totally opposite .teachings..writing..life..everything"

Negative. As I just proved with the Mark 10 post above, their core messages were the same. They differed only in the fact that Jesus' message was customized to the specific sins displayed by the hard-hearted children of Israel he was anointed to reign over.

I provide only truth in the form of this warning: Repent of your anti-Islam blasphemies, recognize the Qur'an's message as true, bow down before your Guardian Lord who made you, cease & desist the worship of the final messenger of the Hebrews, and save yourself from hell.

Mike Milo wrote: "until you can give proof..in writing"

Mike Milo wrote: "...you are wasting all of our time..and your brothers the jihadists are proving the writings in the Koran to be literal.."

Please stop pretending you know what is in the Qur'an. Continue in this wise and you will find yourself quite embarrassed. You 'answering-islam' copy/pasters always suffer under the illusion that the cherry-picked quotes on those anti-Islam sites are the Qur'an in its entirety. You seem painfully truth and research adverse.

Mike Milo wrote: "there are true teachings and true prophets and false ones..."

Agreed. The Christ and Muhammad were the true ones (peace be upon them both), and your so-called "saint" Paul was the very false one described in Deuteronomy 18.

Mike Milo wrote: "God does not tell one teacher love thy neighbor..turn thy cheek..love thy enemy..then have the so called final prophet to kill the infidel..give us a break.."

lol That's the problem with thinking that 'answering-islam' short list of war verses makes up the entire Qur'an. See? You missed out on all the forgiveness verses. In the Qur'an God says He does allow 'eye for an eye' justice if you don't transgress beyond bounds, but he stressed that it is best for your soul to forgive. He also said you must defend yourself from oppression and attack, and the message of Jesus also reflected this (remember his instruction to his apostles to get those swords...?) Note also the Qur'an's message to cease fighting when the enemy has ceased? lol That means the Muslims fight in defense only. ISIS are only [poorly] pretending to be Muslim. They are agents of international intelligence organizations.

Belief in the Prophets

A Religious Discussion - Soliciting a Believer's Opinion
Posted by M. Rasheed at 10:32 AM