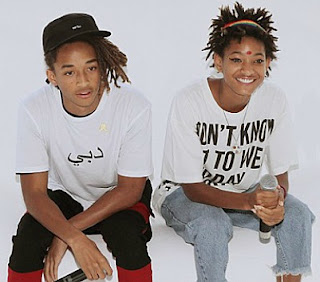 Right now. At this very moment. In a remote cabin in Canada. After seeing this shit. Dr Martin Luther King has officially given up on black people. Smdh.

Anthony Kirton - I don't get it

Lolo Chivo - i dont get either

Valerie Knott Peebles - Watch twice to see if I could get it and still lost.. 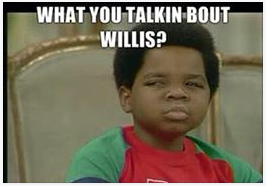 Damion E Jiles Sr. - Is this the Smith kids?

Muhammad Rasheed - An excerpted 14 second clip from an extended interview. So you all are just going to invent a context out of magic to place it in so you cannot "get it" and continue the "Smith kids are weird" narrative?

Did you buy stock in Fox News then?

Riley Freeman - Then please, post the rest of the video for all to see. Otherwise, I have to go by what I see.

Muhammad Rasheed - lol @ Riley's official stance that the 14 sec clip was the beginning & end of the entire interview. 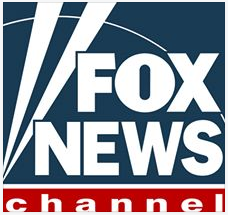 Riley Freeman - What stance? I asked you to please show me the clip. I just fucking shared a clip I saw on my feed. If you have a longer clip then post it. Otherwise, you're talking just to be talking. Educate, don't speculate.

Your decision to double-down on the idea that what this 14 sec clip shows is actually the entirety of the interview unless someone posts something longer. This is the stance you are taking in order to uphold the "let's make fun of these crazy children" opinion.

Riley Freeman - I doubled down how? Did I comment on the whole video, which I've never seen and am still asking you to post a link to, or am I commenting on the comment made? Question is, are you going to post the link to this clip or are you going to continue to make empty statements?

Muhammad Rasheed - I thought it was clear that I planned to contemptuously judge the people who are contemptuously judging the Smith kids from an excerpted 14 sec clip taken out of a context they "don't get." When one of them decided to actually take the unreasonable stance that the 14 sec clip wasn't part of a longer interview unless he physically saw the link to it, then there is no reason to go any further.

Riley Freeman - So you're offended that it's the smith kids? Who are you, Dwayne Martin? Do you have a clip? Yes or no?

Muhammad Rasheed - I always get offended when I see that sheeple "Let's all gang up on the weird/different people because we don't get it" bs. Call it a weakness. #pleaseStopTheFoolishnessAndFuckery

Riley Freeman - Clip? Cuz the only fuckery in seeing is that you continue to dance around a simple request. Post a link to the clip. It's such a simple act but you refuse to even try to clear this up and show us that there was more to the interview so thar it can be looked at as a whole. #thetruefuckerycomefromdancinginsteadofproof

Muhammad Rasheed - Did I give the impression that I respected the "where's the clip" request?

I think the request is ignorant as fuck, to be clear. Get yourself together, Riley.

Riley Freeman - Yes, from what I see, the way they said what they said was indeed ignorant as fuck. I'm glad to see that we are in agreement.

Riley Freeman - More clear with what sir? You said the clip was ignorant. Plain and simple. I'm glad we agree. Thank you for your support.

Muhammad Rasheed - (sometimes pronouns are NOT my friends)

Sharmiki Givinggodtheglory Hunter - So what was the question they were asked to prompt them to answer this way I am sure they weren't jut randomly speaking just because. I would surely like to know what they were asked dang it why did they only clip out this part. Well guess I will either search or not worry about the actual question asked.. Yea search will be it

Anthony Kirton - Ok, in response to Muhammad's response, when I say "I don't get it" I mean I don't see anything wrong here and to Riley Freeman I don't see how Dr Martin Luther king would have a problem with it

Riley Freeman - Have you ever seen the episode of the boondocks with Martin Luther King? That's where the reference comes from. I was not referring to the actual MLK.

Riley Freeman - Thank you. I watched it. Those kids are on drugs.

4.) Their mission statement is that want their product to inspire others and to help them know that "anything is possible"

5.) Admit to recognizing that they are considered "misfits" (eccentric; nonconformists; odd) by the general public

6.) They very strongly believe and espouse something similar to Bruce Lee's philosophy of "Liberating Yourself From Classical Karate" and don't believe in following mostly arbitrary societal rules just because that's the way XYZ was followed blindly by everyone else. If you study the rules and decide to embrace them then do it. But if you are enslaved by rules and systems from outside of you, then you have a right to rebel against them. Be the creator of new paradigms and be happier for it.

9.) Feel it is a blessing to work with their dad professionally

10.) Riley thinks they are on drugs for thinking this way.

Riley Freeman - This is the reference. Either you got the reference or you didn't. Anything else, your overreacting and fishing for something else. Do with it what you will. I'm moving to Canada.

Riley Freeman - Oh and Muhammad Rasheed, I'm not saying they are on drugs for the way they think. I'm going by the figiting in the video sir.

Muhammad Rasheed - They can't fidget either???

Muhammad Rasheed - Your whole anti-Smith kid thing was based on how they think and expressed themselves. How would I know that you shifted to something else unless you said it?

Riley Freeman - I'm sorry, but will everybody who has experience working in drug rehab please raise their hands. (raises hand) I'm sorry Muhammad Rasheed, but why is your hand down. Look sir, you obviously have an agenda to push here. Fine, I get it. You're so Will SMith that you have Dwayne Martin on speed dial. But, if nearly 1000 posts that I made where I comment on something, why are you on here all of a sudden throwing Fox News accusations and all kinds of other bs? I make comment DAILY. Several times a day about several hundred different people and topics without so much as a peep from you. So what's you REAL angle, but it sure as hell aint this whole Anti-Smith bullshit that you're spewing right now.

Muhammad Rasheed - 1.) I don't even know where you live. Why do you assume I have no experience in drug rehabilitation counseling? Based on what?

2.) My agenda is calling out nonsense when I saw a pet peeve of mine pop up in my FB Newsfeed.

3.) Your agenda is to despise creative, outside-the-box thinking as expressed by these kids. Is that supposed to be a more noble agenda? lol

4.) Jumping to wild and hateful conclusions about black people over a limited amount of info, with the gaps filled in with ideological prejudices is what Fox news built it's reputation on. If you mimic the behavior it will remind me of them. If you don't want your behavior to remind me of them, don't do that stuff. Easy.

5.) We've had the "1000 posts" discussion before. I don't see your posts that often. Usually it's your "WTF?" links that show and what I know you for.

Riley Freeman - 1. Hey you began by stating that I work for Fox news. Therefore, you can not fall back on the not knowing each other line. You began with the assumptions and went down that route.

2. I made a comment about a sound bite. A comment that was in reference to a fictitious characterization of Dr. Martin Luther King Jr. If you are that dammed sensitive, then maybe you and Ralph Tresvant need to be collaborating on a love song together instead of being on Facebook.

3. My agenda was to make a comment about a sound bite. Shit. I didn't even know it was the Smith kids until someone pointed it out in a comment. And ask I know about them is that one wore a kilt once and the other had a song about whipping hair. Other than that I don't follow them in the least and couldn't pick them out if a crowd.

4. You really should watch the boondocks more to get the joke intended here sir. Anything else is your own sensitive nature. Need a kleenex sir?

5. Then perhaps you should read more of my posts. Otherwise, you're doing the same thing that you're accusing me of, are you not? Don't hate me for expressing myself differently sir. I don't sell clothes or make music but I still have a right to individual expression. Even though my last my last name isn't Smith.

Muhammad Rasheed - 1.) I began by calling out the foolishness of your hateful stance based on a 14 second clip. Just like they do on Fox News.

4.) No. I saw a few episodes and it isn't to my taste. You may enjoy my portion.

5.) lol You made an admittedly ignorant comment about a 14 second clip and I responded to it. You had the right to cap on the clip, and I had a right to comment on your comment. I don't hate you for expressing your opinion, I was merely moved to challenge you on it. You don't consider it 'sensitive' to interpret the challenging of an expressed opinion of a FB friend as 'hatred?' 'Cuz to me that's kind of soft-ish.

Riley Freeman - 1. No sir. You began by making hateful judgement of my creativity and indifference. Can't you just let me be the misfit that I am without judging me?

2. I admit, it wasn't one of my best. It was only for those who would get the boondocks reference.

5. Dude, I'm messing with you. You take me too seriously. I live my life in levity because stressing over things too much will kill you. You gotta admit that you did open the door for me to thusly take your defense and apply it to myself. lol

4.) I actually disagree with the bulk of the socio-political opinions of the writers, so the hidden messages tend to be ham-fisted and irritating to me.

5.) Hm. Okay, then I'll start stalking your posts so I'll learn your humor style better (after I finish these comics).
Posted by M. Rasheed at 11:20 AM