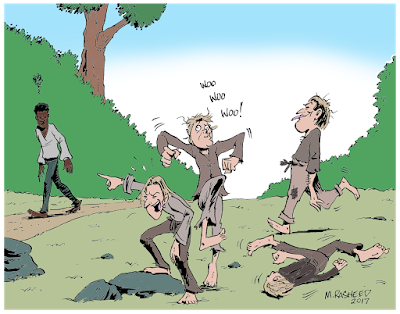 Muhammad Rasheed - In D. W. Griffith's The Birth of a Nation film, the black-faced White actors that were hamming it up displaying their version of how buffoonish Black people are supposed to be, used many moves that are currently associated with the comedy style of the most popular member of the Three Stooges, Jerome "Curly Howard" Horwitz.

Based on the historical track record of a race-based hierarchical caste system like the USA, which of the following  scenarios do you think is most likely true?