Protecting Racism from the Left-Hand Side


Charles Locke - What are some examples of failed liberal/progressive policies with respect to African-Americans and Hispanic Americans?

Muhammad Rasheed - There are many liberal checklist items that have failed the Black American community and include: 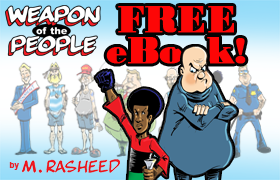