CITATION
Rasheed, Muhammad. "Special Deliveries." Cartoon. The Official Website of Cartoonist M. Rasheed 01 Jan 2018. Pen & ink w/Adobe Photoshop color.
WHITE PEOPLE'S RACISM MESSAGE #1 (Roman J. Israel, Esq): "Listen, please stop worshiping the civil rights leaders of the past. Even though they did vital, maybe even great work for the time they were in, they were still very flawed, very BLACK individuals who were not worth praising. The world has moved on, and left them FAR behind. It's better to just get over the past and move forward to a bright new post-racial world. We can't do that by idolizing racist old Black activists who no longer have a place, but only by compromise. You just have to accept that poverty and the criminal element is the unfortunate reality of being African-American. It just is, and the better we can all accept that fact -- and accept that without working for us kind-hearted and well-meaning whites -- you don't have any kind of chance of staying off the streets and sleeping in a gutter. You'll just have to understand that there is an acceptable number of Blacks who must be eaten up by the natural order of things, and that many HAVE to go to prison forever just to keep our economy going. They give up their worthless Black criminal lives so that GOOD Americans can live full and well.  Stop looking to the figures behind you and trust us whites to take over the progress from here. Here's the two-time Academy Award winning actor, and pillar of the African-American community DENZEL WASHINGTON!!! to explain it to you in your own vernacular. May White Jesus® bless you."

WHITE PEOPLE'S RACISM MESSAGE #2 (Bright): "Racism has nothing to do with us white people, and it's certainly not 'systemic' in our post-racial society.  That's absurd. The past is the past, and WE'VE moved on. When will you? When will YOU learn to move on, Black people? You see, we no longer see color since we've now embraced the fact that The Only Race is the Human Race™. The only racism that exists is the racism that Blacks keep in their hearts by holding on to grudges and resentments from wrongs (were they really 'wrong' though? #AgreeToDisagree) that haven't been enacted in our society for decades or even centuries. Racism is all in your head, and as soon as YOU let the past go and learn how to forgive us whites from old naughtiness, and turn the other cheek when our precious & vulnerable mentally ill whites accidentally shoots a (probably criminal) Black person in a church or whatever, then racism can finally die, and our nation can be great once again. Here's the multiple Academy Award and Golden Globe nominated, Grammy award winning artist, and pillar of the African-American community WILL SMITH!!! to explain it to you in a way you can better relate to. May the very White Jesus® show you the way."
**********************
Muhammad Rasheed -

I HATE watching shitty movies. Especially when I was really expecting them to be good. That stupid Roman Israel Esq flick makes me want to BREAK SHIT!!!
Charlie Goubile - What are you watching?
Muhammad Rasheed - [TRAILER] Roman J. Israel, Esq.  | YouTube
George Williams - Then I will skip it.
Ricky Mujica - Is it not good? Damn, I was going to go see it! What's wrong with it?
Aleesha McCarthy - Ohhh it wasn’t good ?
Muhammad Rasheed - The first 10 minutes was good, then the script veered off into some re-wrote-hell bullshit. Watch it and we can talk about it.
Ricky Mujica - If it sucks, I don't want to waste my money. I trust your opinion, you got pretty good taste.... For a cartoonist! Lol!
Muhammad Rasheed - ARRRRGGGHHH!!!!! 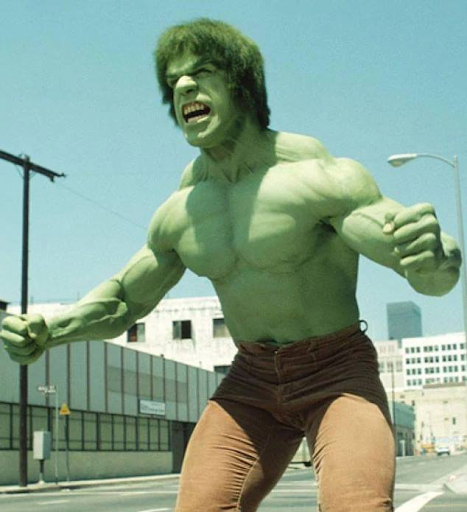 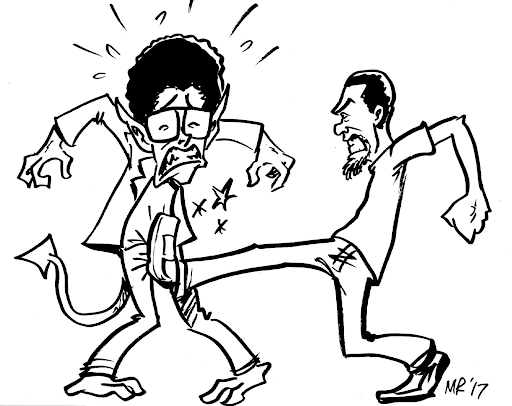 George Williams - lol
John Crosby - lol
Charlie Goubile - Nightcrawler was dope.
Muhammad Rasheed - Dope is bad for you, Fab.
Jeremy Travis - It looked like it would be shitty, and the name alone told me that it was.
Muhammad Rasheed - I went in cold, based on the movie poster and Denzel's name alone.
Luther Johnson - Awww Mannn.....that's disappointing. Thanks for the 'heads up'.
Daniel McNeal - Was it that trash?
Muhammad Rasheed - I hated it. It's message does little more than use Denzel's considerable skills to help reinforce the same white supremacist bs I'm committed to fighting. It's evil.
Muhammad Rasheed - The first 10 minutes baited me in -- literally had me enthused & excited -- and then they introduced the main conflict's plot and it all turned into runny, stinky crap.
Muhammad Rasheed - (i've never watched the trailer, so i'll assume that they drew from those first 10 minutes to build it)
Muhammad Rasheed - lol I just watched the trailer I gave to Fab. It's the entire movie except for the end.
Melody Winfield - Watch "Let Me In". Excellent movie.
Muhammad Rasheed - "Oskar, an overlooked and bullied boy, finds love and revenge through Eli, a beautiful but peculiar girl."
How is this a suitable replacement for the jackass-fest that was Roman J. Israel Esq.? I want more civil rights attorney black empowerment, but y'all are giving me 'peculiar girl love story.' This is a failure. 😠
NO!
Posted by M. Rasheed at 6:03 AM