Notes While Observing: The 1972 Gary Convention 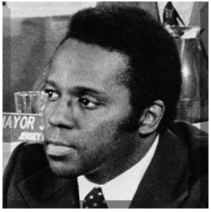 1.) The National Black Political Convention was hosted by Mayor Richard Hatcher in Gary, Indiana, on 10-12 March 1972. Black delegates from all fifty states were there, as well as many notable Black personalities. Bravely, this happened while the community still mourned the assassinations of major African-American leadership in the previous decade, and while the US government’s diabolical COINTELPRO program continued its infiltration and dismantling of pro-Black groups like the Black Panther Party. The natural next step after decades of hard-fought progressive struggle for civil/human rights, the convention was formed with the spirit of: “The society we seek cannot come unless Black people organize to advance its coming.”   The goal was to come together as an independent Black political movement, with a focused Black Agenda checklist, and the use of that living instrument by which the Black community would endorse candidates, and hold them accountable. 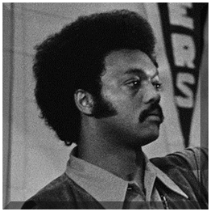 "Getting the right to vote in 1965 was the beginning of a process, but the convention in Gary solidified the sense of focus.” ~Jesse Jackson

2.) “It’s Nation Time! It's Nation Time!” was the enthusiastically shouted motto of the event, notable since representatives of every Black tribe sub-group were there, from every ideology, religion, political preference, and more.

“The who’s who of Black America from Civil Rights/Human Rights leaders, elected officials, Nationalists/Pan Africanists, business leaders, artists and entertainers gathered in Gary — Rev. Jesse L. Jackson, Congressman Walter Fauntroy, Queen Mother Audley Moore, Owusu Sadaukai, Betty Shabazz, Coretta Scott King, Congressman John Conyers, Dick Gregory, Richard Roundtree, Isaac Hayes, Nikki Giovanni … but most importantly thousands of ordinary people from all walks of life from Black America. It was a magnificent sight to behold all these beautiful Black people together in one place charting a path for the future of Africans in America and the world.” 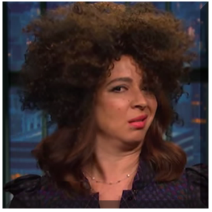 3.) “The Convention was not without its tensions and controversies. Despite the appeals to unity, divisions remained. One of the deepest was between Black groups that chose to participate in the convention and those that did not. One prominent no-show was The National Association for the Advancement of Colored People, which avoided the meeting because whites were not allowed to participate.”

“Resolutions within the Agenda calling for 'community control of education' and less emphasis on bussing to achieve 'integration' and another that essentially demanded that Israel revert to a secular state called Palestine with the right of return of displaced Palestinians sent shock waves through the ranks of the more moderate organizations and leaders, many of whom quickly rushed to the mainstream media to disavow these positions in the document. There was also disagreement over whether to call for a 'Black Political Party' as Rev. Jesse Jackson and Mayor Hatcher had hinted during speeches to the Convention. Nationalists/Pan Africanists were fully supportive of the idea of a Black Party, but most elected officials were fiercely resistant. The compromise was the creation of a National Black Political Assembly as the continuations mechanism for the Convention with Baraka, Hatcher and Diggs continuing in their roles as the tripartite leadership.” 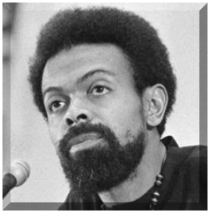 4.) The continuous (and predictable) heated squabbling between the Black Tribes threatened to prematurely disband the convention before the goals were met, as several delegations started making moves to abandon the event. Poet-activist Amiri Baraka stepped up and INSISTED everyone stay until they were able to collect all the data needed to put together the Black Agenda.

"You know, it was a very striking kind of thing. When we got there, Hatcher had put these red, black and green flags on all the sign posts down there. It was very exciting. It was one of the most exciting things I’ve ever been to in my life. There were Black delegates there from all 50 states, just like it was a convention for the Democratic or Republican party.” ~Amiri Baraka 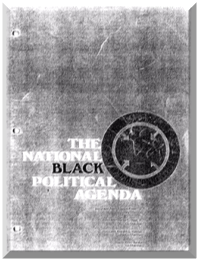 Miraculously, that’s exactly what happened! Feeding upon Baraka’s determined energy, and his bold & courageous leadership, the convention held until all objectives were met. On 06 May 1972, the main deliverable from the Gary Convention was published: The National Black Political Agenda

The Black American ethnic group's people are not a hive-minded entity. They are composed of several tribes, each with their own ideologies, goals, drives, loves, etc. Together they are the Black Nation, united by their common ancestry back to Africa, and their shared experiences in the New World starting from the events of the Atlantic Slave Trade. What makes them different is enough to keep them in a state of petty squabbles, but what they have in common has been enough to unite them against a common foe for their survival, and even thriving. The National Black Political Agenda was the tool created to help in that continued survival, with the hope for progressing beyond "the struggle," and finally into the victory of the promised Glory of full, economically included citizens of these United States of America.

After the Agenda was published, some of the critics of the pro-Black focus of the Gary Convention said they were going to 'tweak' the hard-won document and make it even better. Of course they started trying to shove every other special interest group's issues into it immediately in a clear act of sabotage... which would only water down the entire point of The National BLACK! Political Agenda, keeping the African-American people in a state of disenfranchisement. Increasing contentions eventually caused them to abandon the Agenda altogether, and the Congressional Black Caucus decided that it would substitute it's dubious "Black Bill of Rights" document in it's place.

5.) “Controversies notwithstanding, thousands of Black people left Gary energized and committed to making electoral politics a more relevant/meaningful exercise to promote Black interests. And, by the end of the decade the number of Black elected officials had quadrupled.”

Be that as it may, the entire point of the Gary Convention and its one deliverable, The National Black Political Agenda, was neutralized, and thus the reason why the Black politician figure has been seen as an impotent sellout by the Black community ever since. If the proliferation of Black politicians in the wake of the Gary Convention -- whether Democrat or Republican -- haven't pushed a Black Agenda for us by us, then what WERE they doing for the African-American community in the last 40 years?
Posted by M. Rasheed at 5:13 AM