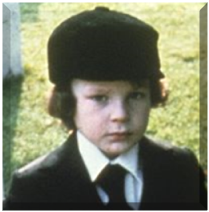 Ravi P - What would Allah do? A Muslim and non Muslim both follow live virtuously. In addition, the atheist eats pork, worships idols. The Muslim prays five times a day. Both do everything else that is kosher like follow ten commandments, help the poor and needy etc.

What happens when they meet Allah?

There is no 'virtuous' life without belief in the One God who made both you, and the rules of morality/ethics. God is the Author of what is righteous and what is not; without Him all of humankind would surely be lost.

Is not belief in Him the first in all Commandments and Pillars of Faith? Take heed.

Ravi P - With a scientic mind, i cannot accept anything that is not subject to scientific inquiry. My opinion is God is just an imaginary being to counter the insecurities of man when he encounters something unknown to him or that he cannot control( lightning, rain, drought). Religion was also a good mechanism to bring some rules to society so that people dont kill each other.

I dont think there is a god frowning upon me for believing that he does not exist. If he realy wanted all of us to worship him, he would have made a frequent appearance showing he exists and guiding us in his direction.

In this century, Religion has no place. It has become a tool to scare people into getting manipulated. Atheist=going to hell? I fell out of my chair reading this. There is no hell, no heaven.

Muhammad Rasheed - With my own love for logic & reason, I cannot accept your claim of possessing a scientic mind [sic], since the limitations of the techniques, processes and procedures of science are by no means universally applicable to all aspects of our reality. An objective, rational being with an actual scientific mind would recognize that.

"I don't know" is an accepted and reasonable tool within the true scientist's repertoire when he finds himself at the end of his powers of understanding. Your insistence that your narrow-minded, uninformed opinion regarding matters of faith should be considered worthy of respect in any way, shape or form is quite ridiculous, and equally so is your amusing pretense to be a person of science.

A true scientific mind, Ravi, is both open, and far more humble than your performance here. There's a reason why the truly smart among us tend to use "The more I learn, the more I realize how much I DON'T know!" as their motto. Please take the hint.

Ravi P - See this is the result of being Brain washed thoroughly. I just stated my opinion. The issue i have with people like you is that you accuse what you exactly are. You are being a religious bully!

Muhammad Rasheed - I deliberately took on the Islamic belief system through willing self-study, Ravi. There is no brainwashing here on my part. I did find it interesting that your self-proclaimed scientific mind responded to my counter-response with a kneejerk emotional accusation instead of logic & reason.

Do you plan to ever level up, or will you continue to fill my post comments with this same poor quality of emotional responses while claiming that I'm 'bullying' you?

Ravi P - So having studied Islam on your own, do you just ignore the negative aspects of Islam?

People who are born into it might have no choice, but took a concious decision to join it? What did you find in Islam that was not there in christianity or Judaism? Dont mean to ask it as a sacastic comment. Just wondering why people join Islam when there are many negative aspects to it. Seems like a very rigid system to me and some of the verses seem to be conveniently revealed.

Muhammad Rasheed - Well, a huge benefit to actually studying the material of a belief system, as opposed to being born into a cultural religious tradition, is that I actually gain the ability to discern between the tenets of the faith versus the numerous eclectic ethnic traditions that are falsely attributed to Islam. I haven't found any negative aspects to the religion itself, and the message of the One God is surprisingly simple. Bureaucratic elitists of course have a vested interest in making the material more complex than it actually is, but that's not the religion, and I have zero interest in equating Arabism with the religion of Allah.

The major item that Islam has over both Christianity and Judaism is the Qur'an itself. Many scholars and laypeople are used to thinking that the bible is the counterpart to the Qur'an, but that isn't true. Remember, Islam was kind enough to separate the believers' narrative of what happened to the prophets/patriarchs from the Divine Word of God in His Own Voice... these are two completely different texts. In Islam the former is called "hadith," and the latter is the Qur'an. The hadith isn't the work of Muhammad (pbuh), but is what the believers said about him after the fact. The hadith discuss Muhammad and the other companions of the prophet in the past tense as a narrative tale as remembered or passed down by them. Nearly the entire bible functions this way (if the Torah was supposed to be writ by Moses, then why does the voice of the books sound like other humans writing about the prophet after he was gone?) The Qur'an on the other hand is God talking directly to humankind in His Voice, either to His prophet, or to all of us. When tales of prophets past are told, it is God Himself doing the telling from His own point of view! The Qur'an is God point blank instructing humans as to His requirements, explaining who He is in relation to us as the created, and setting the record straight as to what the other"gods" worshipped by disbelievers actually are. To me this was an obvious incredibly powerful concept, and no other religion can possibly compete with that.

Many verses were absolutely "conveniently" revealed, and I would argue they all were. Considering the whole point to the Qur'an is to guide humans into the path of righteousness, particularly within a believing community. The religion was perfected as the people performed it with God providing instruction during the forming! "Conveniently revealed" is a mercy from Allah for those who are wise, Ravi, not an insult.
Posted by M. Rasheed at 8:23 AM