A Symbolic Curing of Wrongs 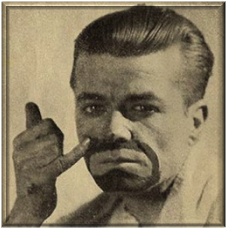 I really dont see what's the problem.... they've been casting a white guy as Jesus for almost 2,000 years! :D

Korac MacArthur - I think it was a localized European thing, the rest of the world could deal, the European priesthood didn't want to blow minds.

Stephen Wilkinson - but the religion rode in on the horses of the invaders, so its part of the handle of oppression - you bring in your your legislative system and also religious belief system, to impose uniformity and compliance.

Interesting thought just occurred to me tho..

I wonder if that was a conscious act, as this would allow adherents of whatever race to visualize their god more as one of themselves?

Grace Thurman - @Stephen Wilkinson... Nah, Christianity (and forced conversion to it) came to Europe with the spread of the Roman Empire.

And for a while, most illuminators DID portray Mary and the Christ as Moorish, which was still inaccurate but hey whatever. Close enough, I guess. I don't remember when, exactly, they started portraying them as white and blonde and blue-eyed, though.

I wouldn't say that "the rest of the world could deal," though. I mean, churches in Asia portrayed Jesus as Asian, churches in Africa portrayed him with the skin tone most prevalent in a given area, etc. TBH it most likely had a lot more to do with the violent antisemitism of the time (which the Moors and, later, Muslims were the ONLY people not engaging in!) than anything else - Jesus was either Moorish or the color of the majority, but he wasn't no dirty, greedy, child-stealing, blood-drinking, well-poisoning Jew!

Korac MacArthur - Someone in the early days must have drawn him as a semite.

@ Stephen... Many early Muslim leaders did restrict image representation, not to protect the natives' preferred visualization, but to prevent the believers from worshiping the imagery itself as idols.

@ Grace... 1.) I'm pretty sure Italy is IN Europe. 2.) The word "Moor" was coined to describe Black African Muslims, and for a time, the term became synonymous with "Black-skinned" in general. Although technically inaccurate in only the surface linguistic description, it isn't inappropriate to visually portray the Christ as "Moorish." The Semite is an ethnic group, not a "race." There are definitely Black races within both the Isaac and Ishmael Semite nations.
Posted by M. Rasheed at 10:07 AM