The Privilege to Ignore the Wrongs I Inherit and Perpetuate

(Lenoir, 1935-4-22) Public works projects to build dams lifted the entire region out of poverty. But since they were managed by local governments on a segregated "Jim Crow" basis, Black Americans were systematically excluded from getting the benefits. 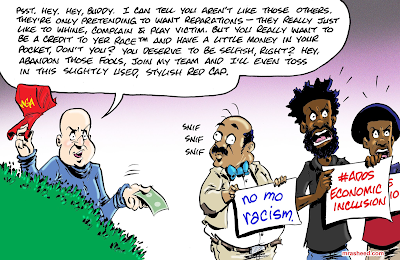 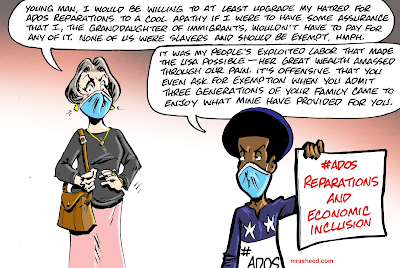 CITATION
Rasheed, Muhammad. "Congress Will Pay It, But Even if They Weren't..." Cartoon. The Official Website of Cartoonist M. Rasheed 28 Nov 2020. Pen & ink w/Adobe Photoshop color. <http://www.mrasheed.com/2020/11/congress-will-pay-it-but-even-if-they.html>
Doug TenNapel - @Muhammad... but you are a scary guy who just so happens to be black. I won’t attribute your willful immorality to your skin color, that would be immoral.
Muhammad Rasheed - Doug wrote: "but you are a scary guy"
I'm "scary" because I advocate for long overdue Reparatory Justice for my long abused and exploited people.
Doug wrote: "I won’t attribute your willful immorality"
Advocating for justice is now "immoral."
So is it always "Opposite Day" when all white people talk, or just you, Doug?
Muhammad Rasheed - I think it's time for you to stop pretending to be a Christian and just go on ahead and worship mammon. Obviously you've always wanted to anyway.
Doug TenNapel - You’re more akin to the rich, white liberals I know. And I have more the legacy of Clarence Thomas, Booker T, Sowell and Larry Elder. You’d do well to read more of them.
Muhammad Rasheed - 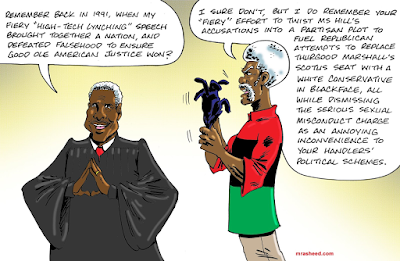 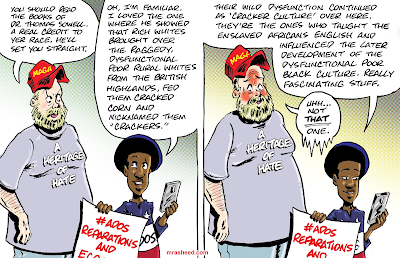 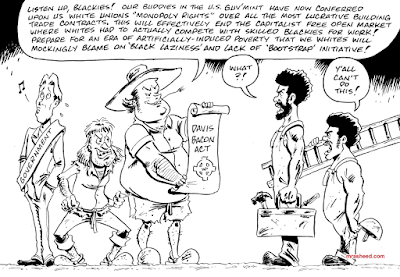