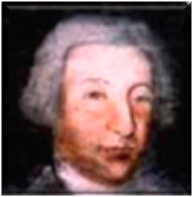 1.) [VIDEO] Traces of the Trade - Cuban segment - What fascinates me most about this clip, is that even during the height of your expressed courageous candor, you still can't admit that even this evil legacy was only inherited from someone else. The implication of the oft-repeated "biggest slave holding family" is that you're also the one that started the Atlantic Slave Trade, but we both know this is not true. Tell me, are you protecting his perpetual cover-up of wrongs, or are you just so thirsty for glory you care not from whence it comes? 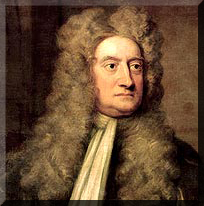 2.) "In the 1720s the antiquary and Newtonian scholar Dr. William Stukeley (1687–1765) described his friend Isaac Newton as ‘the Great Restorer of True Philosophy’. Newton himself in his posthumously published Observations upon the prophecies of Daniel, and the Apocalypse of St. John (1733) predicted that the imminent fulfillment of Scripture prophecy would see ‘a recovery and re-establishment of the long-lost truth’." ~David Boyd Haycock; The long-lost truth’: Sir Isaac Newton and the Newtonian pursuit of ancient knowledge (2004)

"As is found among some of the established intellectuals of the Renaissance age, Newton believed that ancient philosophers and religious persons had gained insight into the truth of the nature of the world and universe, but this truth having become hidden within the language of the recording of the truth at the time and by later medieval scholars that required deciphering in order to be understood.  In this conflict of ecclesiastical order and the liberating effects of scientific enquiry, he and others turned to the prisca in all the security of a classical civilization having been supposedly founded on bona fide insights. So, for them, the truth lay within the perception of reality attained by Pythagoras and communicated, supposedly in a secret way, to a specific circle of people."  ~Hilary Gatti; Giordano Bruno and Renaissance science & Niccolò (2002) Guicciardini; Reading the Principia: The Debate on Newton's Mathematical Methods for Natural Philosophy from 1687 to 1736 (2003) & Alfred Rupert Hall; Isaac Newton Centre for Mathematical Sciences (1998)

Of course the "perception of reality attained by Pythagoras" was the one where he and his contemporaries traveled to Egypt and learned from those learned priests initiated into the Sciences the lore that was later attributed to their own innovation.

3.) The facts of history reveal that it was the Blackamoors... called "Moors" for short... who civilized Europe. When the highly educated, refined, cultured, and magically skilled Moors entered Europe from Africa and even from the east, they found the European royal families living in barns. Literally. With animals walking all over them and such. It was the Moors who built the celebrated castles of Europe that stand even today, and they taught them many other things besides, and just like in the origins of the Atlantic Slave Trade, the beneficiaries of these amazing Moorish gifts claimed the whole of what they inherited as their own inventions. The monkey wrench in this last is that the evidence and relics of the TRUTH are abundant and available for study and verification, especially nowadays. 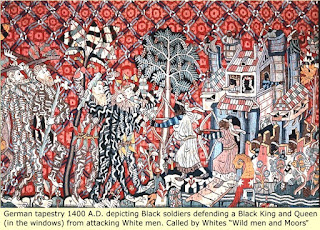 Despite your efforts to hide these facts, to retcon history, to change the history of who the Moors actually were, to indoctrinate the populace of Western Civilization (and beyond!) with your Eurocentric, White Supremacist nonsense, history itself still reveals the truth of the matter: You owe everything to the very same Black race that you enslaved and exploited to build your massive wealth and monopolize world power for yourself. So what are you going to do about this "problem?" 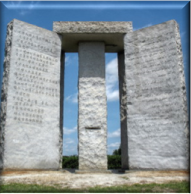 4.) It seems that the reason you are so clumsy and blatant in your attempts to rewrite history, is because you aren't doing it for the now... for the peoples currently watching you. You're doing it in the event of a cataclysm of some sort... either the end of Western Civilization itself, or at the end of a major global cataclysm that will smash us all back down to the Stone Age. You want the future generations to discover your doctored notes in the aftermath as relics of the past's glory, to give the false impression that the abhorrent lie of White Supremacist Ideology to be a real thing they would actually take seriously. That way, you hope that your maniacal evil will continue where it left off.

HISTORY LESSON: Eurocentrist versus Truth
Posted by M. Rasheed at 1:03 AM